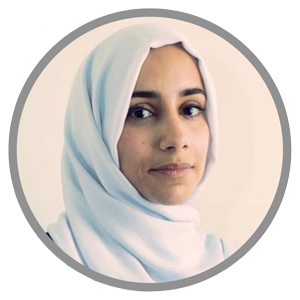 
Mariam is a Senior Clinical Lecturer and Honorary Consultant in Lung Oncology at the CRUK Lung Cancer Centre of Excellence, UCL Cancer Institute. In 2012 she was awarded a CRUK Clinical Research Fellowship for her PhD in chromosomal instability and intratumour heterogeneity. During her PhD, she worked with Charles Swanton to establish the UK-wide TRACERx study in lung cancer which aims to examine cancer evolution from early to late stage disease and to determine the impact this has on treatment response and outcome. In 2016 she was awarded an NIHR Clinical Lectureship for her research in lung translational oncology during which she established the UK-wide PEACE research autopsy programme. In 2021 she was awarded a CRUK CEA to study the biological processes driving metastatic disease and death in lung cancer. She is PI of the TRACERx lung study at UCL and Chief Scientific Investigator of the CHIRON study investigating the clinical activity of autologous clonal neoantigen T cells in advanced non-small cell lung cancer. 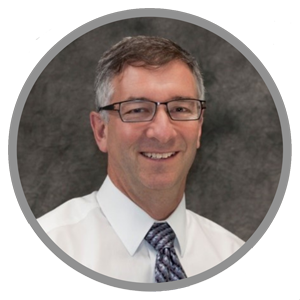 ​Dr. David Rimm is a Professor in the Departments of Pathology and Medicine (Oncology) at the Yale University School of Medicine.  He is the Director of Yale Pathology Tissue Services.  He completed an MD-PhD at Johns Hopkins University Medical School followed by a Pathology Residency at Yale and a Cytopathology Fellowship at the Medical College of Virginia.  He is boarded in Anatomic and Cytopatholgy.  His research lab group focuses on quantitative pathology using the AQUA® technology invented in his lab, and other quantitative methods, with projects related to predicting response to both targeted and immune- therapy in cancer and standardization of those assays for CLIA labs.  His lab is involved in testing new high-plex methods including imaging mass cytometry (Fluidigm) and digital spatial profiling (NanoString).  He also has supported projects related to rapid, low cost diagnostic tests. The work is supported by grants from the NIH, BCRF, and sponsored research agreements from biopharma.  He also serves on the CAP Immunohistochemistry committee and multiple scientific advisory boards for biotech and pharma.  He is an author of over 425 peer-reviewed papers and 8 patents. 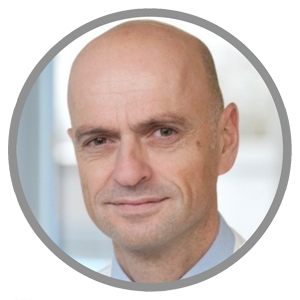 Martin Schuler, MD, is director of the Department of Medical Oncology and vice director for translational research of the West German Cancer Center in Essen, Germany, which is the comprehensive cancer center of the University Hospital Essen and one of 13 Oncology Centers of Excellence designated by the German Cancer Aid. Professor Schuler also heads the partner site Essen/Düsseldorf of the German Cancer Consortium (DKTK). He holds a full professorship of medicine at Medical Faculty of the University Duisburg-Essen. Professor Schuler received his medical degree from Johannes Gutenberg University of Mainz, Germany, and completed his residency and fellowships in internal medicine, hematology/medical oncology, and pulmonary medicine at the University Medical Center in Mainz. He also completed a postdoctoral fellowship with Dr. Douglas R. Green at the Division of Cellular Immunology at La Jolla Institute for Allergy and Immunology in San Diego, California.

Professor Schuler is board certified in internal medicine, hematology/medical oncology, pulmonary medicine, and palliative medicine. He is a member of several professional associations, including the German Society of Hematology and Oncology, the German Society of Pulmonary Medicine, the American Society of Clinical Oncology, and the International Association for the Study of Lung Cancer. Professor Schuler sits on the editorial boards of several scientific journals, including Oncogene, the Journal of Cancer Research and Clinical Oncology, and Oncology Research and Treatment. He has authored or co-authored more than 100 original articles published in peer-reviewed journals such as Cancer Cell, Science, Nature, the New England Journal of Medicine, Lancet Oncology and the Journal of Clinical Oncology. Professor Schuler has received several awards including the AIO Scientific Award of the German Cancer Society and the Pulmedica Award of the German Society for Pulmonary and Respiratory Research. 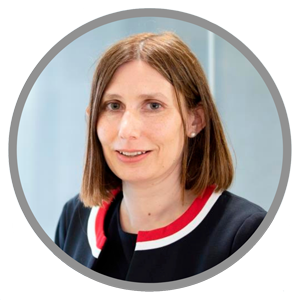 Dr Angela George specialises in the systemic treatment of gynaecological cancers, and has a particular focus on the use of genomic information in treatment.  She is Clinical Director of Genomics at The Royal Marsden, and undertakes testing for inherited cancer syndromes in her Oncogenetics practice. She led the implementation of the Mainstreaming Cancer Genetics programme in UK and aided its implementation worldwide.

Dr George is involved in multiple national and international groups, including the National Cancer Research Institute Gynaecological Cancers Group, the Precision Medicine working group for the European Society of Medical Oncology and the British Society of Genetic Medicine.

She is the Cancer Clinical Lead for the North London Genomic Medicine Service and co-chairs the molecular tumour board. Dr George has authored multiple peer-reviewed publications and book chapters, and undertakes a variety of clinical and translational research, particularly in cancer genomics and targeted treatments.  She is the principal investigator at The Royal Marsden for multiple international trials. 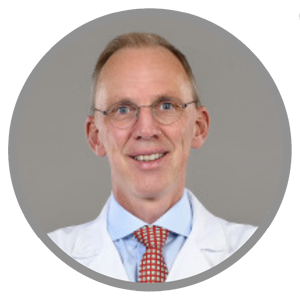 ​Christoph Driessen studied Medicine at the University of Lübeck, Germany, is currently the chair of Hematology and Oncology at the Kantonsspital and Medical School St Gallen, Switzerland. He received his clinical training and specialized in Internal Medicine, Hematology, Oncology and Pharmaceutical Medicine at the Universities Tübingen and Basel. After a postdoctoral fellowship in the group of Hidde Ploegh at Harvard Medical School and MIT, he developed a basic and translational research track in immunology, cellular biochemistry and protease biology.  One focus of his scientific work is understanding and manipulating the function of the proteasome, in particular in Multiple Myeloma, where he is a leading expert in the field.

A clinician-scientist and Assistant Professor in the Hemato-Oncology department at the CHUM (University of Montreal) with clinical expertise in the care of patients with lung cancer. Since 2018, he has directed the Immunology/Onco-Microbiome laboratory at the CRCHUM (University of Montreal Research Center) and the Thoracic Oncology biobank. Dr. Routy was instrumental in discovering the key role of the microbiome in the effectiveness of cancer immunotherapy and the deleterious impact of antibiotics on prognosis. Dr. Routy focuses on the use of the microbiome as a novel biomarker for immunotherapy as well as on strategies to modulate the composition of the microbiome to improve outcomes for patients. He is now leading several microbiome-centered clinical trials. His research has led to the publication of more than 75 articles in journals such as Science, Nature Medicine and Annals of Oncology with more than 8,000 citations and h-index of 27. His laboratory is funded by several provincial and national grants as well as the Canada Research Chair of Immunotherapy. In 2021 Dr. Routy received the Best Young Investigator Award from the University of Montreal and the Gairdner Foundation Award. 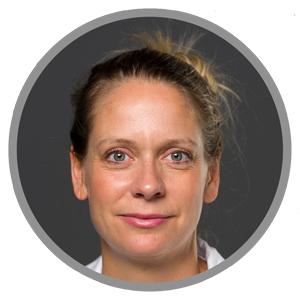 
​Associate professor Kristina Lindemann is a staff specialist and head of research at the Department of gynecological oncology at Oslo University Hospital.  She also leads the National advisory unit of gynecological oncology.
​
She received her medical degree at the Lundwig-Maximilians University in Munich and completed her doctoral degree in the research group of Prof Nadia Harbeck. She completed her OB/GYN training the Akershus University Hospital in Oslo and defended her PhD on "Obesity and the risk of endometrial cancer” in 2010. The Global Clinical Scholars Research Training Program at Harvard Medical School added to her research training with focus on clinical trial conduction. Between 2015 and 2016 she joined the Crown Princess Mary Cancer Centre, Westmead, and the NHMRC Clinical Trials Centre in Sydney for a fellowship.
As Deputy Medical Director of NSGO (Nordic Society of Gynaecological Oncology), she is at the forefront of international clinical trials in gynae-oncology. In 2021 she is Principal Investigator of >10 phase II-III trials, in some of them as National/Nordic coordinator and has recently initiated a multicenter international trial in end-of-life care in gynae-oncology patients. Her research focus is to improve patient care in gynaecological cancers, through advancing and translating knowledge in cancer biology, drug development and supportive care.
Kristina Lindemann has been awarded for outstanding research (Akershus University Hospital, 2011; Oncological Forum, 2011; ASGO 2016) and received an ASCO merit award in 2018. She is also highly engaged in the education of younger colleagues. As previous member of the executive group of the European Network of Young Gynae-Oncologists (ENYGO) she has initiated the LiFE project, a summary of research papers for gynae-oncology fellows, has co-authored the IGCS palliative care curriculum for palliative care and leads a pilot project to enhance evidence-based learning at the University of Oslo. 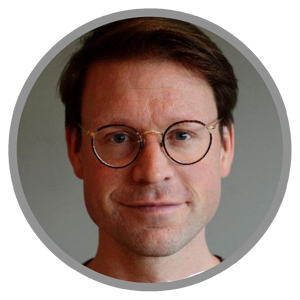 ​Medical doctor since 2005 and Master of Science in Nanotechnology from 2013. Medical internship 2006-2007, clinical oncology 2009, residential radiologist 2010-2011, PhD 2011-2016, jointly clinical oncology and research from 2016 at The Cancer Clinic, St Olavs University hospital and at The Norwegian University of Science and Technology.
My research project during medical studies focused on simulation of signal transduction, and my master project in nanotechnology focused on a transfection platform using nanowires for high throughput transfection.
Working as a residential oncologist in 2009 I was puzzled by how many novel drugs, with specific targets in signal transduction networks, only produced modest benefits and only for some of my patients. Targeted therapies are different from traditional chemotherapeutic agents in that it is not the growth capacity but rather regulators deciding on growth that are the drug targets. I started my PhD autumn 2011 to explore options for drug combination response prediction.
During my PhD I focused on a drug panel of 7 targeted drugs and the corresponding 21 pairwise combinations, and integrated prior knowledge on the signaling mechanisms affected by the drugs with specific molecular states characterizing my experimental system, the AGS cell line. I finished my PhD from NTNU in 2016, titled “Systems Medicine: From Modeling Systems Perturbations to Predicting Drug Synergies”. During my PhD I did both experiments in the wet-lab (cell lines, drug screening, xenograft experiments), and in the dry-lab (building logical models for drug combination response prediction, development of a pipeline in Java for drug synergy studies).
I’m lead developer of the DrugLogics pipeline for drug synergy and resistance predictions. Our pipeline produces models tailored to single samples for drug synergy simulation and prediction. The automated pipeline takes as input prior knowledge describing molecular mechanisms for targeted drugs, and omics data describing a given cell line or tissue. Based on these two inputs calibrated models are generated, which can predict drug synergies or resistance for single cell lines or tissues. I have also designed the high throughput experiment we currently use as a benchmark for our drug synergy predictions, encompassing 171 pairwise combinations of targeted therapies (mostly kinase inhibitors and some protein interaction inhibitors).
​ 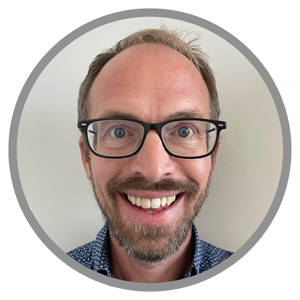 Tobias S. Slørdahl graduated from medical school at the Norwegian University of Science and Technology (NTNU) in Trondheim in 2009. Since 2013 he is a resident at the Department of Hematology at St. Olavs hospital. He earned his PhD in molecular medicine at NTNU in 2014. Slørdahl’s research interest is translational research in multiple myeloma. Most research projects have been studying the impact of the bone marrow microenvironment on multiple myeloma pathogenesis. In recent years he has mostly been focusing on clinical trials in multiple myeloma. In 2021 he established and became director of a Clinical Academic Group (CAG) of Multiple Myeloma in Central Norway with the aim to promote and strengthen research and education on multiple myeloma in the Health Region of Central Norway.  Tobias S. Slørdahl is also a highly valuated educator with an interest in assessment in higher education. He serves as the director of Center of assessment in medical education (CAME) and was in 2021 awarded the Olav Thon Foundation’s National Award for Excellence in Teaching at the University Level.